Breaking my Keyboard: A lesson in moving too fast

Well, I made a mistake today.

I started using a beautiful ergonomic keyboard a few years ago, and I’ve grown to love it. It was hard to learn how to use it at first, but now it’s hard for me to imagine working without it. It has become an extension of my hands. 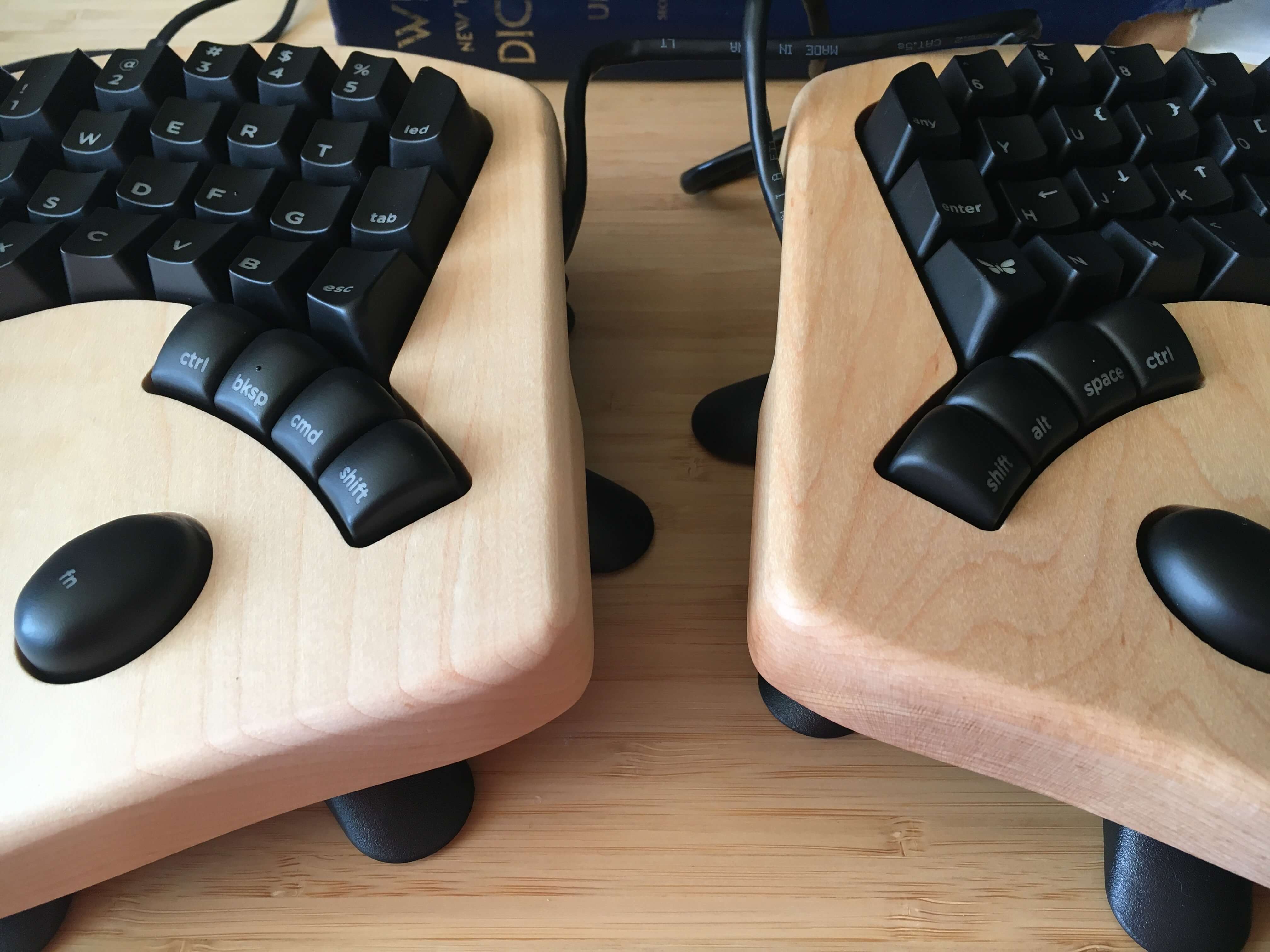 But unfortunately, I noticed a problem with it this morning. I was sitting down to write when one of the keys got stuck. All of a sudden my keyboard was only typing the letter “t”, and it was doing so at a very rapid rate.

I unplugged the keyboard and blew it out with canned air. No dice.

Simple enough, I thought. I’ve read about cleaning mechanical key switches before, it shouldn’t be too difficult. So I got out the rubbing alcohol.

I found a cleaning procedure on the forum, and tried it. Sadly, it didn’t work, the key was still sticking.

I have two mechanical keyboards with hot-swappable key switches. This means it requires no special tools to work on your keyswitches, you can pop them out with tweezers or a pair of needlenose pliers. This is a nice feature because most mechanical keyboards require you to have special tools to remove or replace key switches. Specifically, the switches are soldered into place, so you need tools for soldering and desoldering.

I've never pulled key switches out of my keyboard before, but how hard could it be? I didn't have a special tool for the job, so I got out some pliers and attempted to remove the faulty key switch.

I was expecting a satisfying “pop” as the switch gently left its housing. What I heard instead was more of a “crrrack!” and I knew something was wrong.

Here’s the result of my misstep: 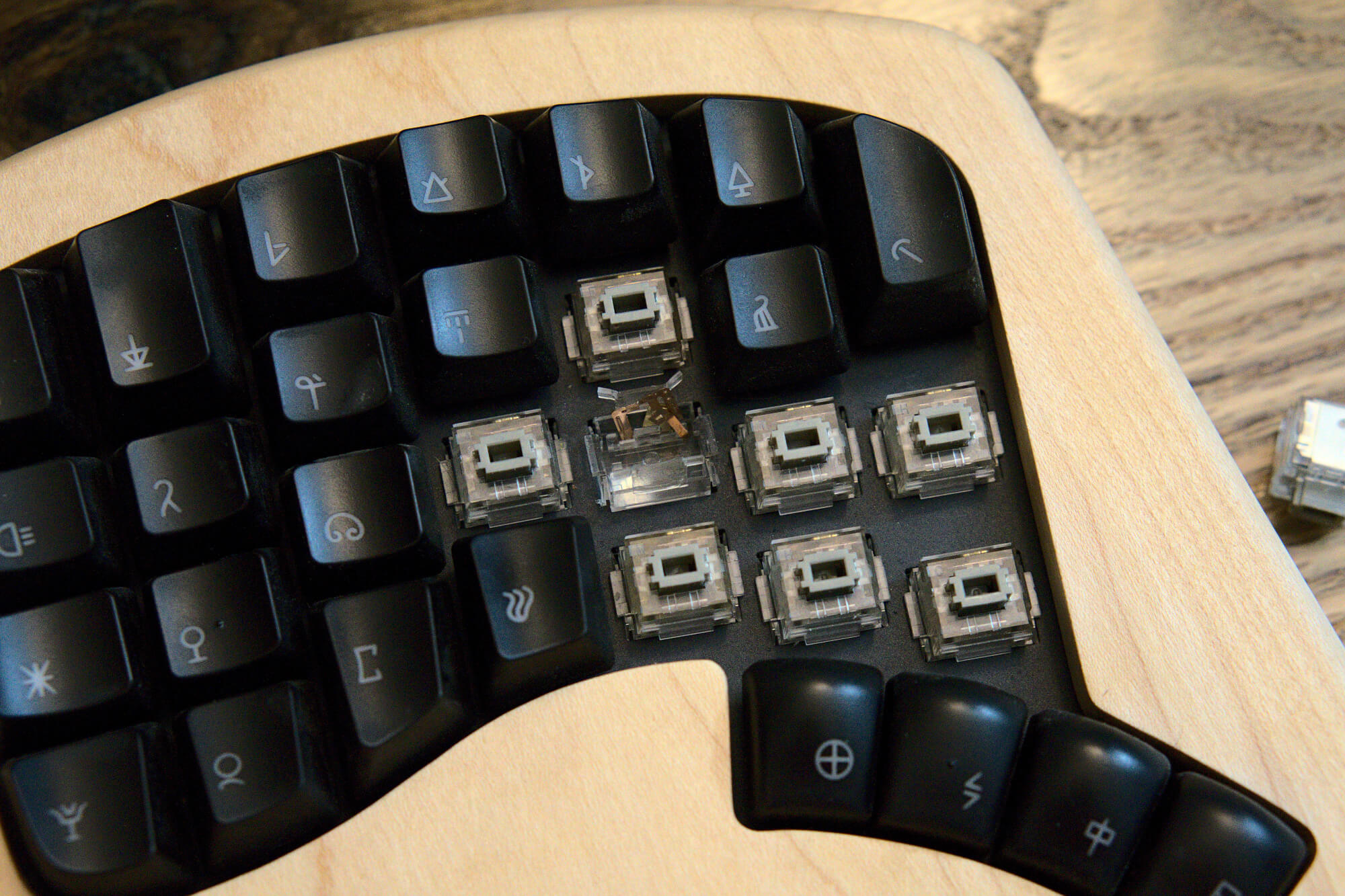 I destroyed that switch. There's no salvaging it, I demolished it. I greatly overestimated how durable they are.

Turns out that only one of my keyboards has hot-swappable switches. My beloved Model01 does not. Again I say oops.

This is why my switch didn't pop out like I was expecting: it is soldered in place, which means I need to desolder it to replace it.

I've ordered the equipment that I need, so hopefully, I'll have it back up and running in a week or two. I'll write about that process when it happens. But for now, I'm typing this on my travel keyboard.

My keyboard malfunctioning in the middle of the day was annoying. I was trying to work, and this was in my way. As a result, I tried to fix the issue as quickly as possible, and that's where my true error lay.

There are many better ways I could have handled this. I could've done some more digging on the forum. I could've reached out to the Keyboardio support team. I could have used a proper key puller, which would have been far less likely to permanently damage a switch than pliers. But I was in a hurry, and I paid the price.

Lesson learned: moving fast and breaking things can be necessary, but there are times (especially with hardware) when careful and methodical work is much faster.